Welcome to our development blog!
We will be posting new entries here when we have new features, sneak peeks and other cool stuff to show.
This will help us get some feedback from the community as well as give us the chance to keep you up to date on what we're doing.

Now, what is Scuttlers? Keep on reading to find out!

Let's say 4 people start a game together. This means there will be a total of 4 rounds. Every round, one player is assigned the leader role, while the others will be the runners. All the runners have to do is get from the start of the level to the finish, as fast as possible. The faster they make it, the more points they get. Beware though, the levels are littered with obstacles like pendulums, circle saws and more!

Now, the leader's role is to make things even worse. Instead of a character, the leader is presented with an overview of the map. They have to try and stop the runners from getting to the finish, by using abilities. Currently these abilities include mines, meteors, wind gusts and even birds. Yes. Birds. The longer it takes for the runners to reach the finish, the more points the leader gets. 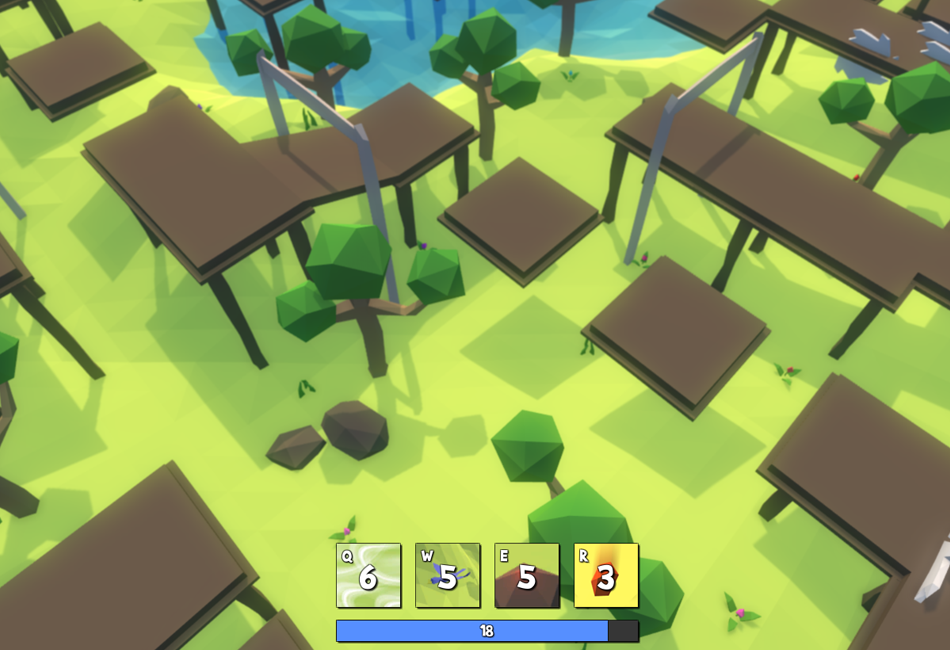 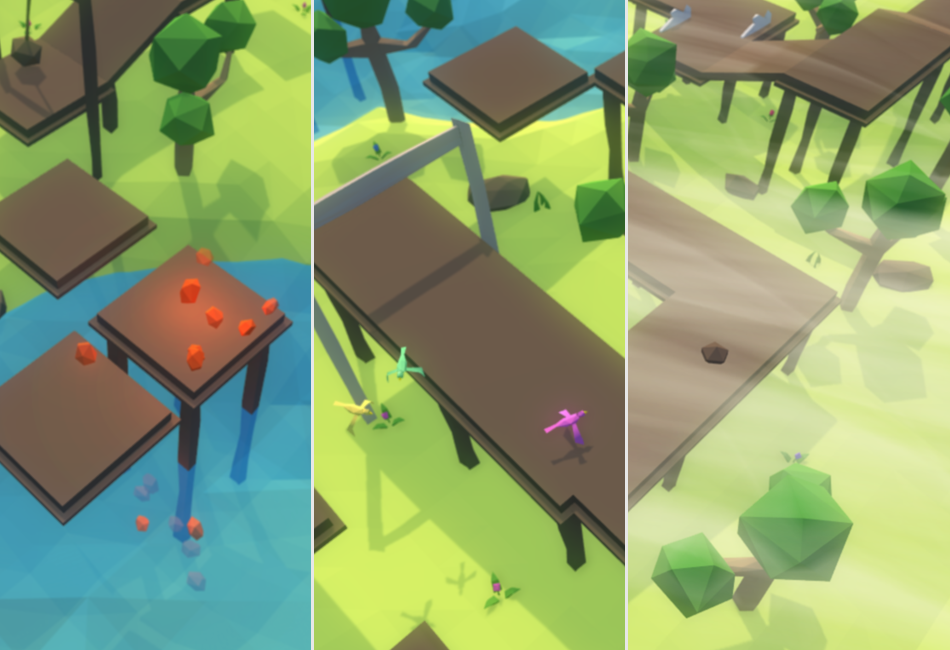 Some of the available abilities.

When all rounds have been played, and thus everyone has played the leader role once, the player with the highest amount of points wins (really?!). We plan to grant players currency based on their position on the scoreboard, which can be used to customize your Scuttler (the guy you run around with). While it's currently possible to change the color of your clothing, we definitely want to expand the customization options with actual 3D models to wear, such as capes, hats, swords, and more.

At the moment, a lot of work is being put into making the networking work perfectly. With most of the interface and gameplay elements already being in place, we are currently working on getting the first playable version out. When that is out of the way, we can start expanding the game and working on other planned features, including:

That's it for now! We hope you're as hyped as we are.
See you in our next blog entry!