We've made some changes to the UI of both the leader and the runner. These changes are focused around making things easier to read, and more consistent.

For example, the health text has been changed into a healthbar at the bottom of the screen, similar to the leader's mana bar. This gave us space to move the debuffs and the score as well, placing them in a more centered position. 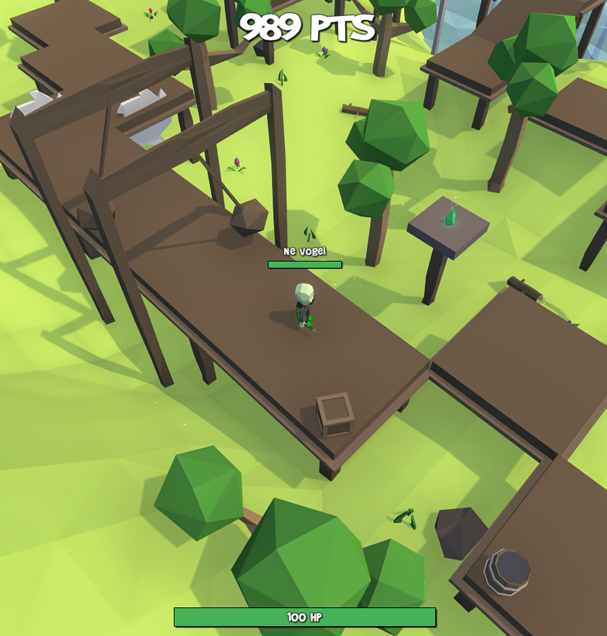 The new interface for runners.

With the newly created space, we had an opportunity to add some more info to the screen. You can now see a live ranking of how far other players are into the map. You'll see the number of checkpoints they've reached, giving you an idea of who's ahead of you, or behind you.

You'll also see that next to these rankings, there is an eye button. This button will only appear for the leader, and will focus the camera on that specific player. That brings us to the next update! 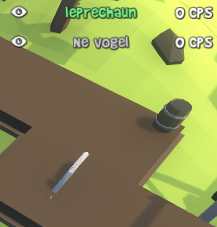 The checkpoint rankings in action. These two didn't get very far yet.

To allow the camera focusing on players, we had to rewrite a big chunk of the camera, so that gave us the opportunity to add some handy extra features! These features will only be available for the leader, because we don't want runners to have a big overview. If players want it, though, we'll add them to the runners' camera as well.

So, you'll now be able to pan across the screen by left-click dragging the mouse. This feature was suggested by a couple of players, so there it is! You'll also be able to zoom in and out using the scroll wheel. You know, for when you want to check out someone's hat.