During some early in-house playtests, and during a rare occurance of reflection, we decided the runners needed more things to do. They were dodging abilities, sure, but we felt the runner role needed a bit more depth. To add that extra depth and strategy, we've added some magical crystals (Powerups, basically) across the map, each with their own effect when picked up.

In total, 4 different types of Crystals have been added, each with their own color and effect. 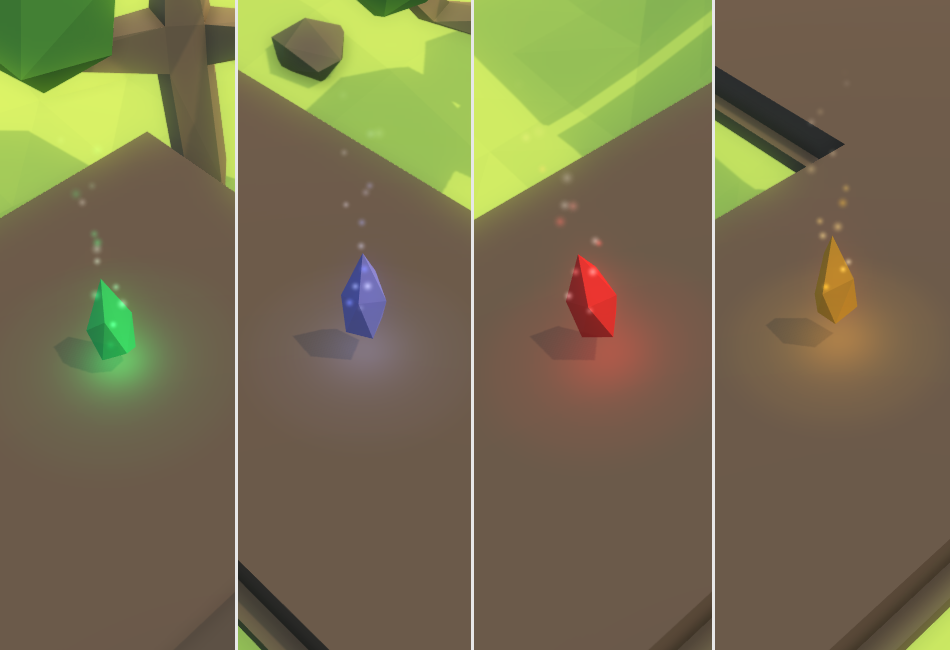 Green Crystals grant the player quite some extra movement speed, along with a nice heal. While a heal is always nice, the real benefit comes from the movement speed bonus, giving you the ability to leave everyone behind you, which is, you know, the point of the game.

Blue Crystals grants you a magical shield for a few seconds, making you immune towards any damage. Note that you can still die from falling off platforms, and that you are still vulnerable to any kind of knock-back effects, such as the ones from pendulums and meteors.

Red Crystals are not always worth picking up. They deal damage to EVERYONE on the map, including you. While it's a great idea to pick them up when you still have lots of health, you might want to leave them alone when you aren't feeling so healthy.

Orange Crystals give you bonus points. You want these. At all costs. After all, winning is the most important thing in life, and it's not going to happen without points.

Picking up a Blue Crystal

Of course, if Crystals were placed randomly on the map, the first player would get all of them. Instead, we've placed some spawn locations on the map, that will spawn a random crystal. Some spawns are easy to get to, others not so much. Being able to figure out whether the powerup is worth going after is important! 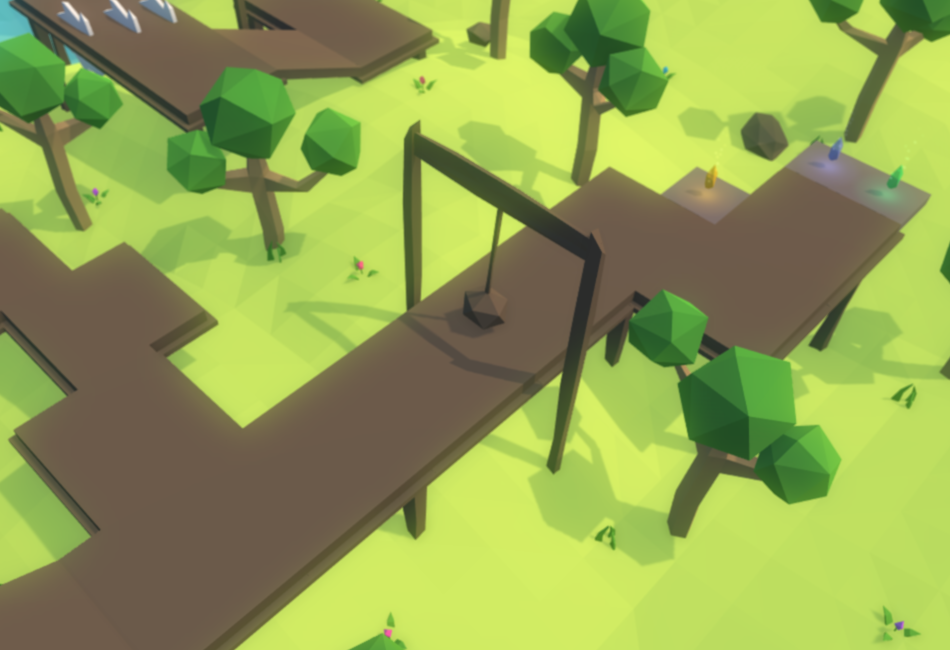 Perhaps a detour would be worth it...

In the image above, the main road is to the left. However, going right first gives you a blue, green AND orange crystal. Worth it? That's up to you.

As you may or may not know, we design all levels by hand, because we feel that procedural level generation simply doesn't cut it, and would result in too many boring passages. While that means that creating levels takes more time, it does result in better level design. We will be keeping the amount of levels fairly low as we progress through early access, because we want to work on actual features instead of adding more of the same.a

On top of that, we believe the levels will play out differently every time, so adding dozens of maps from the start is not necessary. We are currently looking to start with 4 different maps per environment. Here's Forest's number 3. 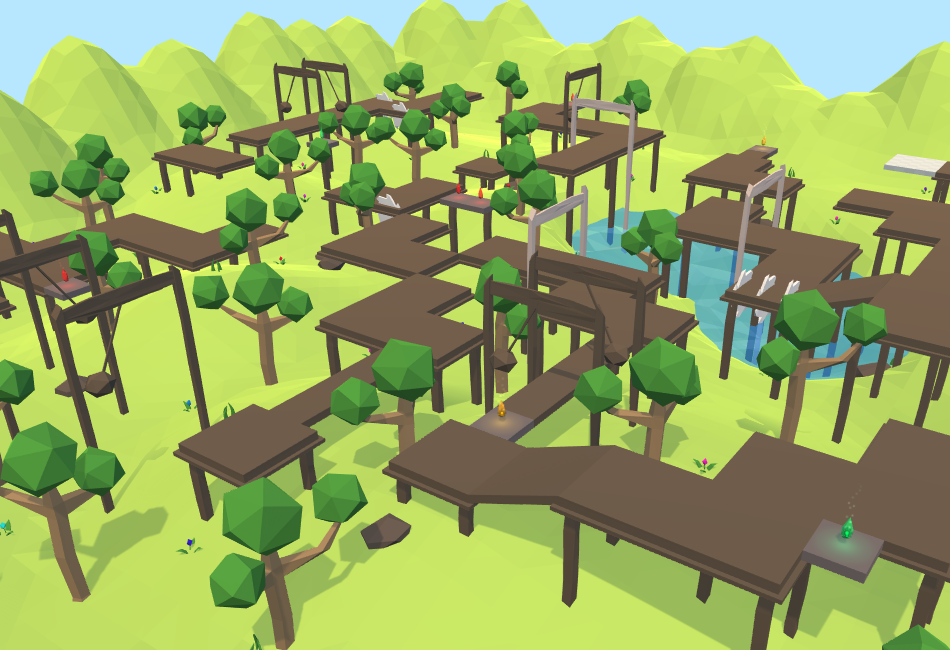 I died more than I'd like to admit while testing this...

That concludes this week's entry. See you next week!