After a small (1.5s) delay, a targeted platform is disabled for 3 seconds.

Ice forms around all players. After 1.5s, all players that are not currently in the air, are snared for 2.5 seconds and dealt 25 damage.

To accomodate for lots of different abilities, we've implemented a system that lets you choose 6 of your unlocked abilities that you will be able to use during the game. As you gain experience by playing games, you'll unlock new abilities. For more info, check out our Dev Blog! 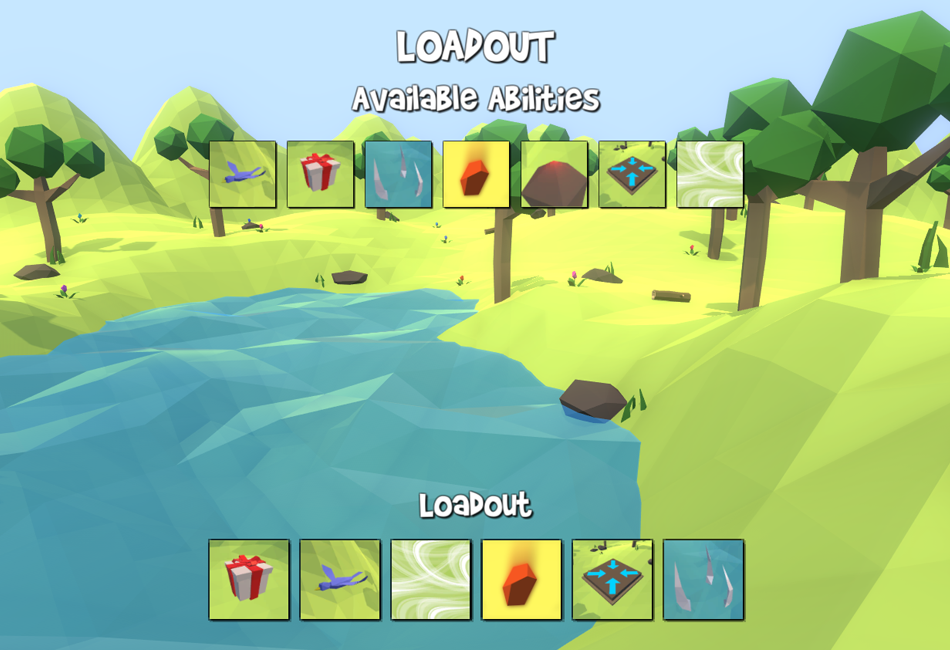